Throughout the course of India’s history, the country has seen the rise and fall of numerous royal dynasties. Thanks to the royal families in different parts of the country, India has witnessed the establishment of several iconic palaces.

Many of these palaces were built over a thousand years ago, but have managed to stand the test of time. Some palaces have been transformed into hotels, while others are frequented by tourists simply for their breathtaking architecture and for a glimpse into their respective royal pasts. Whether you are in Rajasthan, or enjoying a Bangalore, Mysore, Ooty and Manali resorts packages, India is bound to surprise you with its collection of royal architecture.

Here are the 5 best Indian palaces! 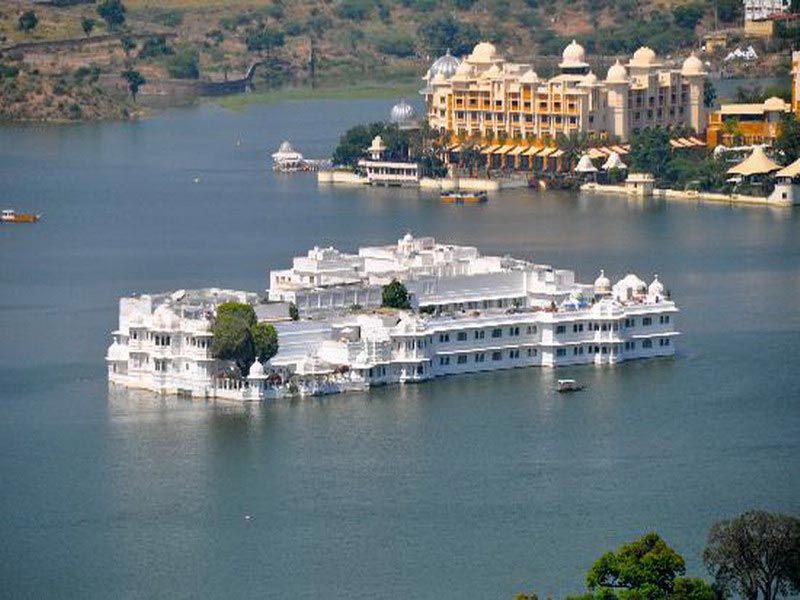 Our first stop takes us to the “Land of Kings”, Rajasthan. Udaipur, one of Rajasthan’s most prominent cities, is home to the Lake Palace. Regarded as one of the finest Indian palaces, the highlight of the Lake Palace is its setting. The entire palace was built on the island of Jag Niwas in the mid-18th century under the reign of MaharanaJagat Singh II. Today, the palace is a luxury hotel with top notch modern facilities, but during the Sepoy Mutiny of 1857, it acted as a refuge to numerous European families fleeing Nimach, with MaharanaSwaroop Singh orchestrating proceedings. The palace has frequently been rated as one of the best honeymoon places in India. 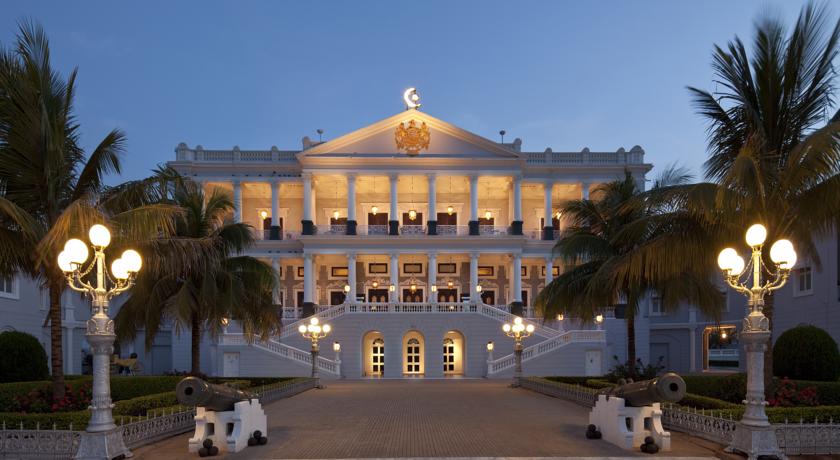 Hyderabad’s Falaknuma Palace is situated just 5 km. from the iconic Charminar, and was once the abode of the Nizam of Hyderabad. Designed by an English architect, the palace displays a wonderful blend of Tudorbethan and Italian architectural styles. Nestled on a hill approximately 2,000 ft. above Hyderabad, the palace is known to provide some of the most stunning views of the city. Rare treasures such as books, furniture, paintings and statues are housed in the palace. Plans were laid down to convert the palace into a luxury hotel in the early 2000s, which saw further additions to the long list of attractions in the palace, including brocade, furniture, and handcrafted tapestries brought in from France. 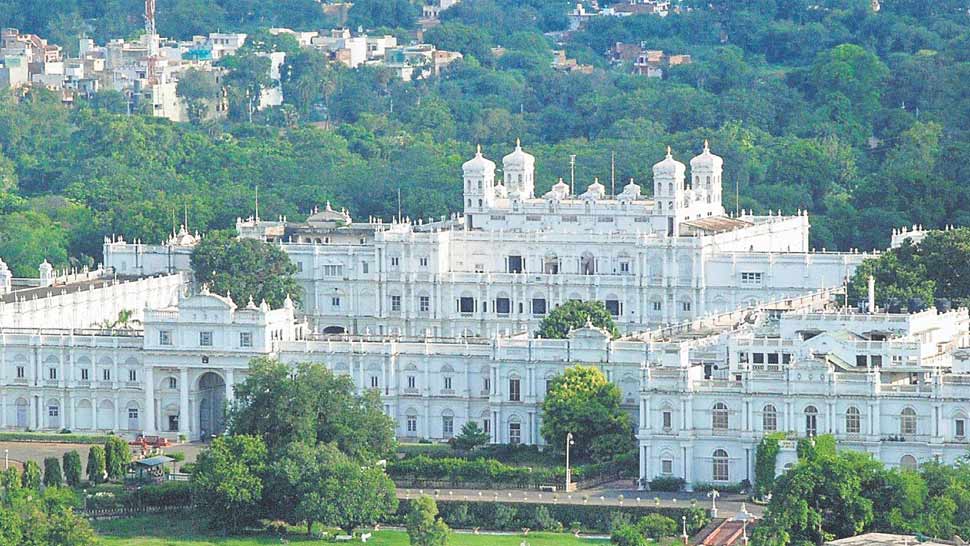 We are off to central India next, with Gwalior’s Jai Vilas Palace being the point of focus. The palace is a reminder of Gwalior’s glorious past, having been established by the Maratha Scindia dynasty in 1874. Unlike the aforementioned palaces that have been fully converted into luxury hotels, the Jai Vilas Palace is still home to descendants of the Maratha Scindia clan. Designed by Sir Michael Filose, the palace boasts of a European architectural style, and its interiors have been decorated with accessories and furniture from all parts of the globe. 40 rooms collectively make up the JiwajiRaoScindia Museum, which is divided into numerous sections such as the breakfast room, drawing rooms, reading rooms, etc. 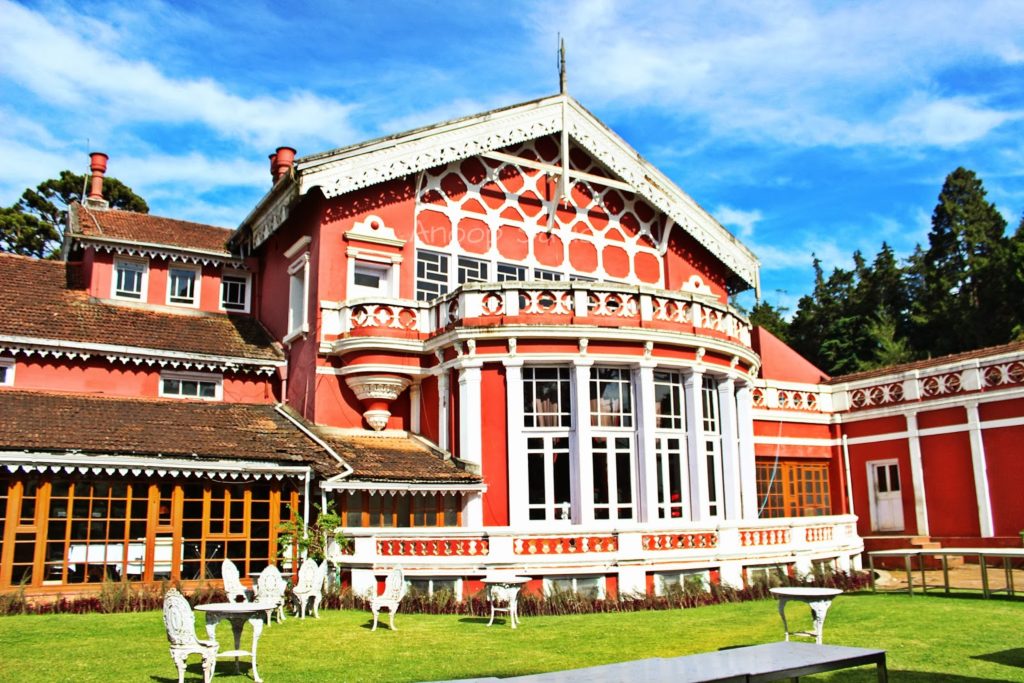 While The Fernhills Palace definitely does not rank amongst the biggest palaces in India, its setting definitely makes up for it. Nestled in the Nilgiri Mountains over 50 acres of land, the palace dates back to 1844, when it was built under the supervision of Capt. F. Cotton. Ever since 1873, when it was bought for INR 10,000, the palace has belonged to the Wadiyar dynasty.The palace itself resembles a Swiss chalet, and boasts of a Burmese teak finish. Surrounded by gardens of cedar and fir trees, the palace provides enchanting views of the nearby valleys and tea gardens.

Where better to end our countdown than in Mysore? Fondly referred to as the “City of Palaces”, Mysore has a wealth of royal architecture, but almost nothing can surpass the grandeur of the Amba Vilas Palace, which was once the royal seat of the Wadiyar dynasty. More commonly known as the Mysore Palace, it is one of the highlights of any Bangalore Mysore Ooty Tour Package (a good tour plan with important and useful information for Bangalore Mysore Ooty Tour Package is available on the link https://www.waytoindia.com/bangalore-mysore-ooty-tour-package).

After the demolition of the earlier palace in 1897, renowned architect Lord Henry Irwin was given the job of replacing it. The palace boasts of an Indo-Saracenic architectural style, and its wooden doors and paintings have managed to keep its “old-world charm” alive and well. If you are interested in taking a glimpse into the weapons of the late 18th and early 20th centuries, don’t forget to check out the armory.

Hi everyone, My name is Nick Wilson. Welcome to my blog bloggerblast.com. We are a family of five that loves spending time together. We love going on road trips and exploring new places. We are also very active and enjoy going to the gym and playing sports. Here in this blog. You will find many contents like…