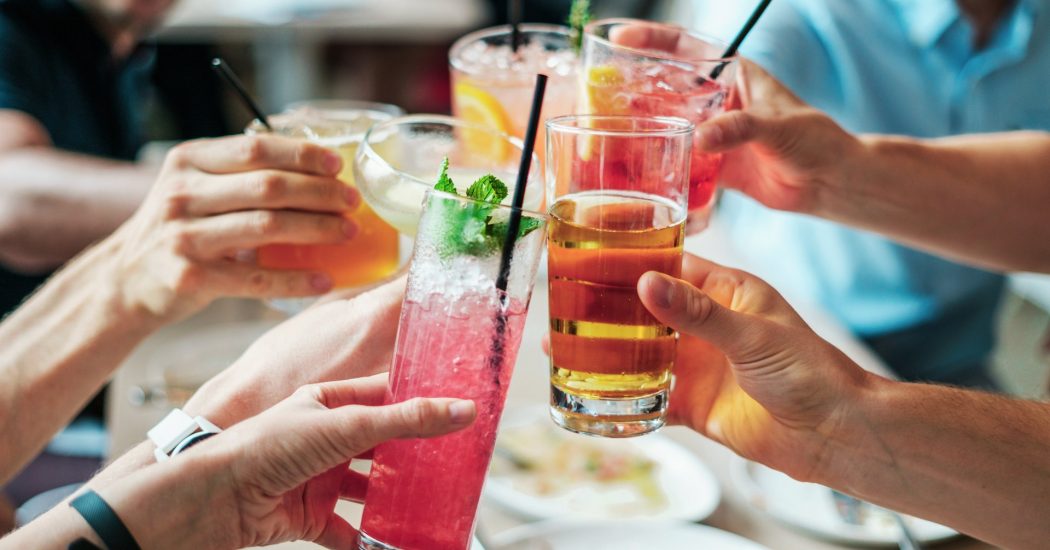 From here, we will introduce the recommended drinks during the diet.

The tap water itself is chlorinated, so if you want to drink it as it is, you should pass it through a water purifier or use water from a PET bottle (without flavor). The taste of water also differs depending on the product, so it is a good idea to choose the one you like.

Carbonated water is often mistaken for a sparkling drink, but unlike sparkling drinks, it does not contain sweeteners, so you can drink it while you are on a diet. There are two types of carbonated water, natural and later carbonated. Natural products are not often found in shops, so you may rarely see them, but basically, both have no problem with the quality so that you can choose either one.

Carbonated water is squishy and easy to get a feeling of fullness, and has the effect of suppressing overeating. In addition to that, it can be expected to have effects such as increasing metabolism by improving blood circulation, stimulating the intestines to activate activities, and raising body temperature.

Oolong tea is made from the same tea leaves as green tea and black tea, and depending on the degree of fermentation, it becomes green tea, black tea, oolong tea, etc. Of course, it has zero calories and contains a component called polymerized polyphenol that activates lipase, which is a lipolytic enzyme.

Green tea is in catechins, a type of polyphenol. Catechin has the function of preventing fat from accumulating and breaking down the accumulated fat. Therefore, you can expect the effect of suppressing fat absorption by drinking it with meals and burning fat if you drink it before exercise.

However, green tea is also rich in caffeine, which interferes with sleep and has a diuretic effect, so be careful not to drink too much.

Although few people may drink it at home, jasmine tea is one of the recommended teas during a diet. Similar to green tea, even jasmine tea contains polyphenols, fat burning or aid, to drain excess water in the body by diuretic improve edema or the effect of component that tannin eliminating constipation or You can expect such effects.

Rooibos tea is a non-caffeine tea native to South Africa. In addition to suppressing fat absorption and increasing metabolism, it can be expected to have various antioxidant effects, relaxing effects, constipation improving impact, and diuretic effect.

Black bean tea is a tea made by roasting black beans. Black bean tea contains ingredients that promote fat burning and decomposition, including saponin, boosting lipid metabolism. In addition, anthocyanin, which is a type of polyphenol contained in black beans, has a strong antioxidant effect, so it can be expected to improve blood flow as well as anti-aging. And since the anthocyanins contained in black soybeans are heat-resistant and easily soluble in water, Cenforce 150 and Vilitra 40 is the best in terms of the effects of the ed.

In addition, chlorogenic acid, a type of polyphenol contained in black coffee, has antioxidant effects and the effect of making it easier for the liver to burn fat.

Cocoa can be broadly divided into two types: sugar-containing “sweetened” and sugar-free “pure.” Of course, pure people are recommended while on a diet. Cocoa contains components called polyphenols and theobromine, which have the function of expanding blood vessels, improving blood flow, and increasing metabolism. It also contains abundant dietary fiber, so it can be expected to improve constipation.

Tomatoes are rich in an element called lycopene, which is a source of red pigment and a type of carotenoid. This lycopene has an antioxidant effect that can remove active oxygen, which is said to be the cause of aging. It also has the function of suppressing fat absorption and increasing metabolism, so it can be expected to have a dieting effect. In addition, because it is rich in dietary fiber, constipation is improved, and Vilitra 60 and Vilitra 20 impact your men’s problem.

Smoothies are drinks made from raw seasonal vegetables and fruits, and green smoothies are especially recommended during a diet. Green smoothies are rich in vitamins, minerals, and dietary fiber, often deficient during dieting, so they are a perfect drink to supplement. Also, changing the ingredients will change the taste, so you can drink without getting tired.

Next Post Buy A Bike Without Hassle In Australia