It is often wrongly assumed that retouching started with Adobe Photoshop. Digital retouching may be new; however, analogue retouching has existed from a long time. The early birth of photographs tells us about the conventional technology used in those times. In 1814 a scientist named Niepce produced the first photograph.

In the early 19th century, photographers started editing family photos. There were commercial studios where retouching was done on photos. Interesting things began to happen; photographers started experimenting with the digital world. They created family pictures in which some people where not even present in reality. They made collages and used various techniques to enhance the image quality.

The dark room of the studio witnessed various techniques in the evolution of photography. Techniques like dodging, blurring, negative painting, vibrate while exposure and colouring. All these techniques were practiced even before Photoshop became a reality.

Some of the most practiced forms of photograph editing prior to Photoshop: 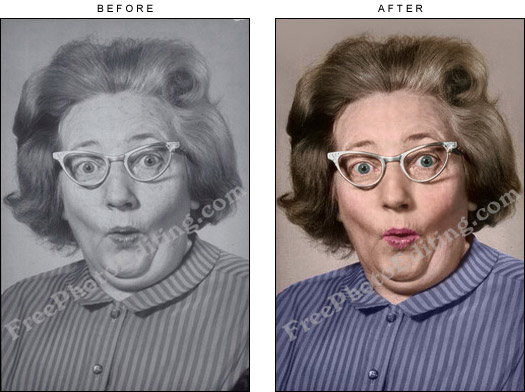 There was enough photo Retouching and editing service available even back then. Today, in the presence of software and advanced computers, we might have very little idea about the effort that was spent in those times to fix photos. We should respect the time that has evolved retouching and editing to such an extent that editing is a well-polished skill now.

Almost all the pictures that we see online or in the newspapers are retouched or edited in some way, most probably using Adobe Photoshop. From as complex job as removing people to removing red eye fix, Photoshop has changed the way we comprehended photography before.

It may come as a surprise to most people that photo retouching came soon after the inception of photography. It is really interesting to think about the techniques used before and the reason for using them.

Many of the initial edited pictures were efforts to balance the contemporary technical limitations — especially, its incapacity to portray the world as observed by the naked eye.

With the introduction of photography in 1839, people began to think how come the wonder of photography which captures the exact frame of being, fails to display the element of colour in it. In order to please their hopeful clients; photographers resorted to manual intervention of colourisation and started retouching the pictures with oil paints and water colour.

In the end, we can say that the 18th century photography has been colour-blind in some ways. In the 19th century, however, photographic emulsions were quite responsive to blue and violet lights. It means that the sky appeared as blemished and overexposed. To resolve this problem, photographers made two separate negatives and mixed them later; one for the sky and the other for the land.

Many more such techniques were used along the way before photo retouching became what it is today.

Previous Post Why Newborn Baby Photography Thane Is For Everyone?

Next Post Do You Think Does Knee Replacement Can Actually Give You Relief From Knee Problem?